1) In 1988 Sanstha launched ‘Rail Roko Andholan’ to change the timings of the train ‘Kutch Express’ running between Mumbai- Kutch. Volunteers of the sanstha faced lathi charged and even arrest for the same. As a result train timings were changed within 15 days.

2) Thereafter to get the second express train for Kutch, there was a meeting held with the Rail minister and when no result was achieved ‘Rail Dharna’ was held wherein thousand Kutchis joined the protest and gave it a boost required.

3) In 1999, there was a protest held at Azad Maidan to get the second train for Kutch. As a result of which route of ‘Sayaji Nagri train” was extended till Kutch.

4) Post earthquake there was a massive industrial development in Kutch which required the train numbers to be increased to Kutch once again. Initially procedures like posting the letters and interactions with the railway authorities were done. Other new ways of protest such as RTI and Gandhigiri were tried too by the sanstha. Then a mass protest was held at Azad Maidan on 4 January 2011 wherein a huge display of unity and strength of the kutchi community was put up and 10000 or more attendees participated in the protest. After that also in co-ordination with various ministers, MPs, railway advisory board members etc. pressure was created on the railway ministry. The end result was fruitful wherein a new train called “Dadar – Bhuj Express” started.

6) Presently also for solving the problems and disputes of passengers travelling on Mumbai – Bhuj (Kutch) route, sanstha is continuously doing correspondence and meetings with railway authorities and trying hard to solve their problems. 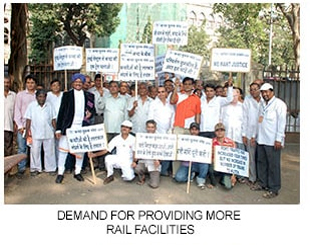 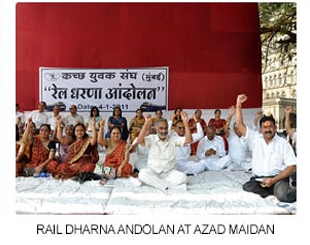 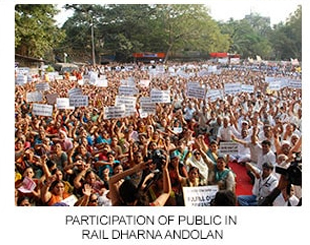 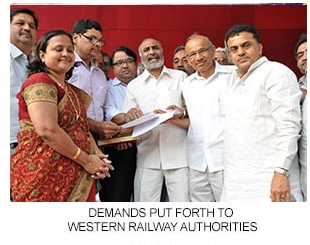 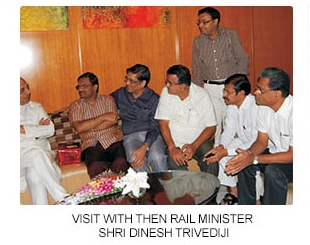 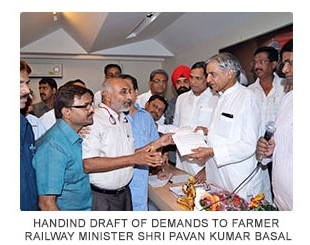 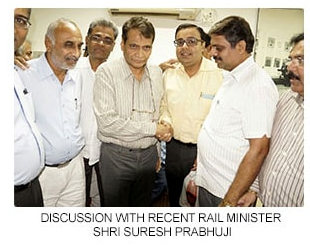